This post may contain affiliate links, which means I’ll receive a commission if you purchase through my link, at no extra cost to you. Please read full disclosure here.

I’m OBSESSED with the sims (if you couldn’t already tell by this website), but I’ll be the first to admit that not every sims 4 pack has been a hit. I’ve read other blog posts ranking the best sims 4 expansion packs on larger gaming websites and half of me doesn’t believe they’ve actually played them all that much (or at all.) 🤷

Because, although some expansion packs are cool in theory, they don’t really have a huge effect on everyday gameplay and aren’t essential.

I’ve played every expansion pack extensively at this point, so I’ve tried to base my ranking off of how much use I actually get out of the expansion packs.

If you only have the money to pay for one or a few expansion packs, I made this list to ensure you get your money’s worth and that the pack truly adds to your sims 4 gameplay.

The top 3 packs on this list are pretty essential to my gameplay, but keep in mind when reading through this, that I am a HUGE lover of realistic and family gameplay.

So, if you’re a fan of occult or themed gameplay, your opinion of the best expansion packs may be wildly different.😅

The Sims 4 Seasons expansion pack is a hands-down, must-own expansion. It will completely change your game in the best way possible. It creates so much opportunity for family gameplay and storytelling with holidays and seasonal activities.

The changing seasons create such a dynamic sims world. I LOVE seeing the leaves changing colors, snow falling, or plants sprouting as the days pass. Speaking of plants, this pack also gives you new plants, and all of the plants in the game become seasonal. So, now tomatoes will only grow in the summer unless you build a greenhouse.

Out of all the sims 4 expansion packs, seasons will add the most to your everyday gameplay.

Brindleton Bay is one of my absolute favorite worlds. It’s STUNNING!😍

I love the whole vibe of this coastal town. This may be because I have a personal fantasy of growing old, living in a cottage, and writing bestselling novels in a town much like Brindleton Bay.

But besides that fact, this expansion pack is a must-have. You’ll get cats, dogs, and the ability to own a vet clinic. Pets are such an integral part of our lives as humans and it’s only fitting that our sims can have the same experience. Need I say more?

The one downside to this expansion pack is that you have no control over your pets. It was a weird choice on the part of the sims team in my opinion. Luckily, modders have given us the ability to control our pets with the controllable pets mod.

Ever since The Sims 2 University came out, I’ve been a HUGE fan of my sims going to college. There’s just something exciting about it.

And it’s a great way for your sim to spend their time when they’re in that young adult life stage, right between being a teenager and an adult.

I love giving my sims that college experience and meeting new friends, falling in love, and educating themselves in their chosen field. It’s a necessary pack for me. Plus the CAS items in Discover University are AMAZING! They’re actually cute and trendy.

The college campus layout and dorms in Sims 4 resemble real life (at least in my experience) making for even better realistic gameplay! And having your sims ride their bikes around campus to get to class is just too adorable.

I seriously LOVE the Get Famous expansion pack. I feel like this might be an unpopular opinion but hear me out.

The celebrity system in the sims 4 is SO well-done, as compared to previous Sims games and the acting career is really fun! Being able to gain fame by selling paintings, making apps, & publishing books is a new way to play the sims that I’m totally here for.

In addition, you’re given the ability to become more of an online influencer with the new video station. The CAS items are awesome and so are the build/buy items.

Unfortunately, Del Sol Valley is one of my least favorite worlds. It’s pretty sparse and the builds are laughable. That’s the only downfall to this pack, but I would still recommend it in a heartbeat.

This is the newest sims 4 expansion pack, as of my first writing of this post. So, I haven’t had a ton of time to play through all of its features. However, I do think that this expansion pack adds a lot to the game and will become essential as time goes on.

This is a pack that I wish they would’ve put out YEARS ago. It just felt like it should’ve already been done by now. The new oversized crops, farm animals, and countryside world adds so much to family gameplay. Plus the new errands system in Henford-on-Bagley gives you that community feeling that you want out of a sims world.

But, realistically, some of the best features of this pack, like cooking with the family, children being able to garden, and being able to build ponds on our lots, were added to a base game update.

The one reason you absolutely NEED Sims 4 City Living: apartments. Apartments were introduced in this expansion pack and are an awesome sims 4 feature.

This pack also brought with it a ton of new collectibles, diverse food options, karaoke bars, and cultural festivals. My sims don’t travel to the actual festivals that often anymore. I got pretty burnt out on them. But the flea market that happens every other Sunday is a fun activity for my frugal and family sims to do.

In addition, if you happen to be looking to add new careers to your game, this is a great pack for that! You’ll get three new career paths: Critic, Politician, & Social Media.

For the most part, there is a heavy emphasis on young adults in this expansion, but I feel like that makes sense with a city life pack.

Let me start off by saying that I was STOKED for this pack. I really thought that it was going to turn around the game as a whole, and give players like myself, the depth of gameplay that they’ve been wanting.

Unfortunately, I found the high school years expansion pack to be pretty dull and lackluster.

The best part about this pack is that high school is no longer a rabbit hole; however, that’s also the worst part. The school days quickly became boring and repetitive.

For the life of me, I can’t figure out why they didn’t add more things to do in class. Like no painting in art class? or experiments in science class? So weird.

I think this expansion pack is still worth it because of all the additional content for teens and the new careers, but for me, the overall gameplay was disappointing.

The active careers are what put this pack in the middle of my list because I do think that they’re really fun. I especially enjoy the Doctor career. I like having more control over what my sim does in their job and be able to befriend (or fall in love with) coworkers. It’s great for storytelling. Unfortunately, they do get somewhat repetitive and boring after a while.

In The Sims 4 Get Together, Windenburg is the star of the show. It’s a beautiful and large world filled with interesting townies. I love the atmosphere of this expansion pack.

However, I don’t find myself using the club system that came with Get Together all that much. I mostly use it as a way for my child and teen sims to meet other kids their age. I’ll have my kid/teen make a club and make the age requirement to be in the club their age, and then add random sims into the club. That was long-winded, but you get it.

The pack does give you apartment lots which is a cool perk if you still haven’t had access to playing with apartments from City Living. On top of that, you’ll get a few new hobbies like candle making, furniture making, and juice making.

This is definitely one of those packs that if you have the extra money, you should invest in, but it’s not necessary for everyday gameplay. And honestly, some of the features (cough neighborhood action plans cough) are kind of annoying.

This is one of those expansion packs that sounds really fun but just isn’t. Don’t get me wrong, it was fun to explore for a day or two, but after I got over the beauty of the new world, I barely touched it again.

And most of the features of this pack are tied to the Sulani world. Meaning that if you don’t live in Sulani, you’re never playing with anything that comes with this pack. Including the new traits that come with the pack, Child of The Islands and Child of The Ocean, if you’re not living in Sulani, those traits are utterly useless.

I was honestly disappointed when they announced Snowy Escape as an expansion pack. Again, I really think that it should’ve been a game pack. Here’s why: I don’t think that many of its main features integrate with everyday gameplay UNLESS you live in Mt. Komorebi.

The culture and diversity that come with this pack are great, don’t get me wrong. But, it doesn’t take away from the fact that this so-called “expansion” pack doesn’t add enough to gameplay outside of this one world.

And one of the best features they introduced in this pack, sentiments, was given the free base game update. Therefore, I genuinely don’t this expansion pack is necessary to buy at all.

Ranking all of the sims 4 expansion packs was much harder than I thought it would be.

There so many pros and cons to each pack. With that said, I would LOVE to hear your opinions on the best expansions. Rank them in the comments below and tell me why you agree or disagree with me!

Also, let me know if you want me to rank the best sims 4 stuff packs. I’m not a fan of stuff packs as a whole, so that should be an interesting ranking.🤭

This post was all about the Best Sims 4 Expansion Packs. 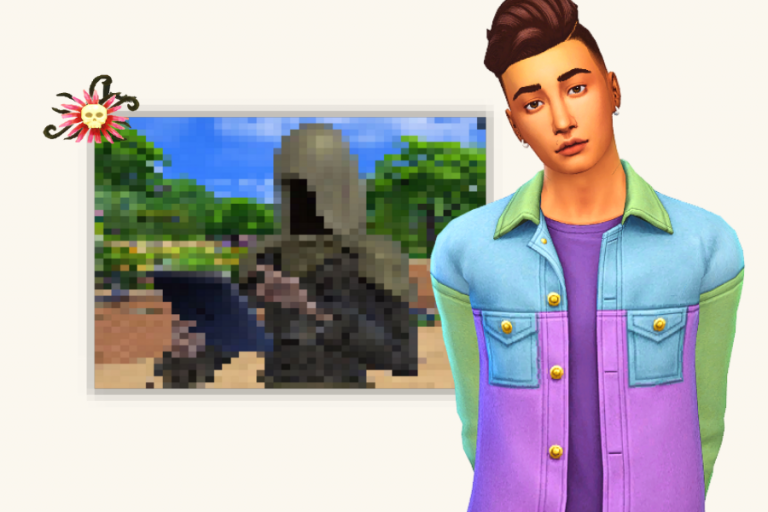 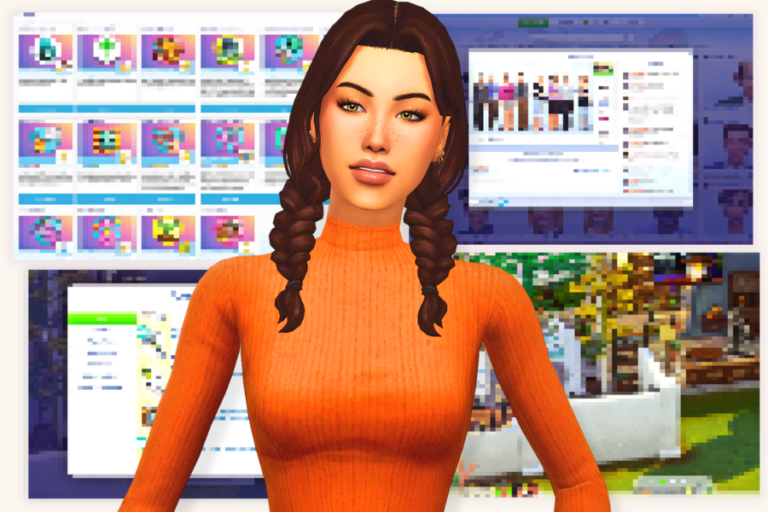 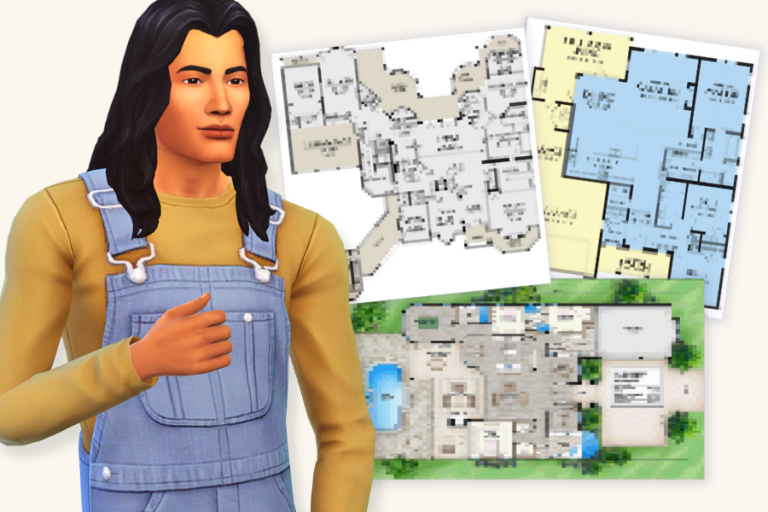 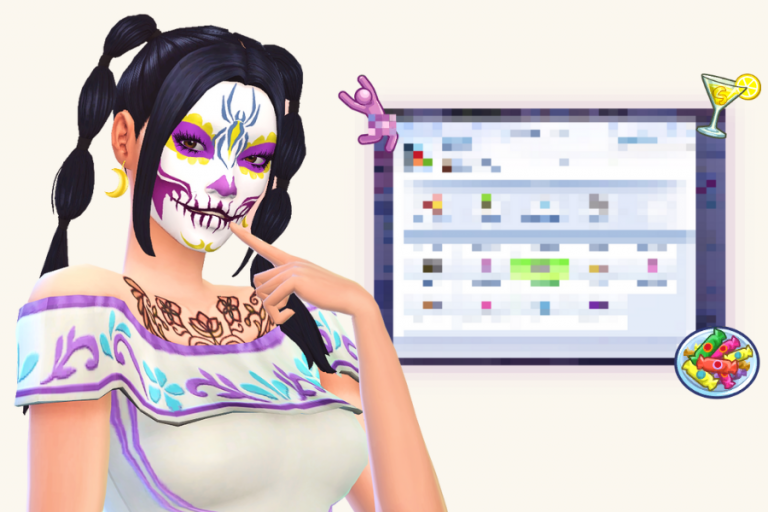